2002-2005 Ford Thunderbird and Lincoln LS have a widely known issue with Ignition coils going bad and also fouling out spark plugs causing misfires
. Just by replacing these components, you may be able to bring new life to your engine!

At the time of this post, 59.30 for an entire set of Ignition Coils! Can't beat that! If you have a 2002-2005 Ford Thunderbird I would buy these just to have on hand because of the history of these going bad! Don't forget to order 8 spark plugs too because the coils foul them out!

Many people have had success with the coils above, but if you are looking for a brand name check out the Denson and NGK Coils. Click here to buy them on eBay. 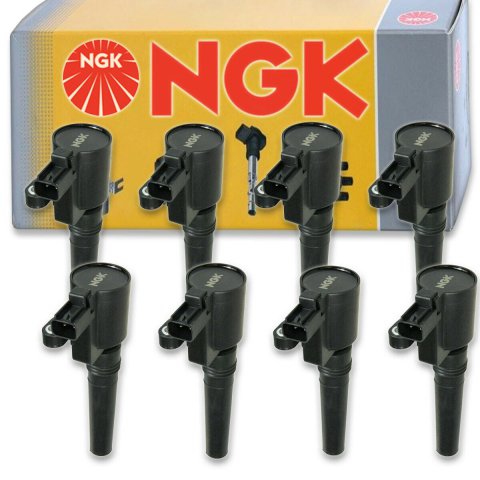 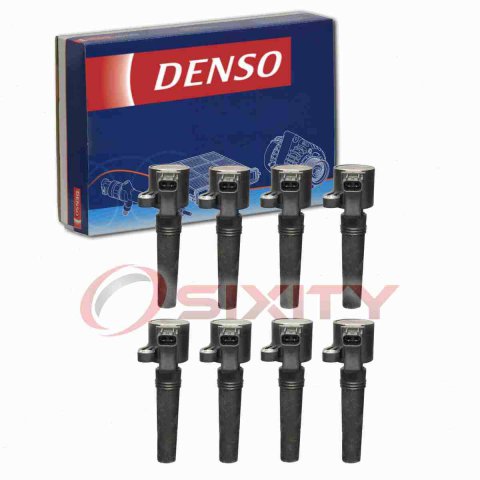 UPDATE April 2020
Here is the link for the updated part as of 04/2020 that fits better with the valve cover- https://amzn.to/31CezPd previously everyone was ordering parts galaxy which works, but is a tight fit. You can also get NGK and Denso name-brand ignition coils here.

There is a post below with installation instructions- https://forums.fordthunderbirdforum...hunderbird-ignition-coils-cop.5040/post-35040

Important- You may also have a problem with your cowl seal, wiper seal or valve cover gasket, which is causing the coils to fail! You can read more about that in this post. If you have coils problems after a few days/weeks/months it's likely not the coil, but an additional problem. 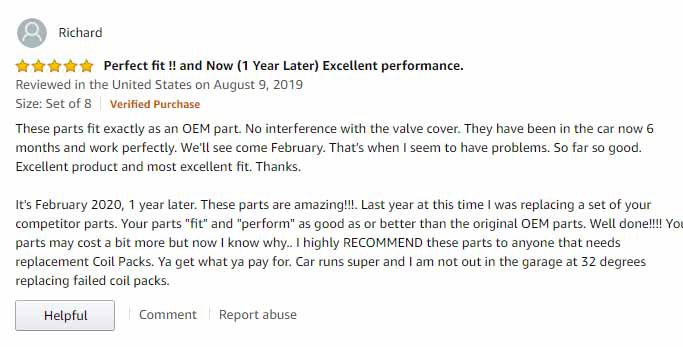 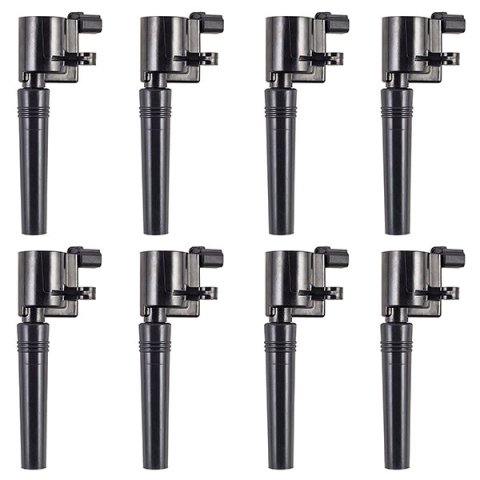 Here is the "sister car" that shows how the coils were replaced on the 2002 Lincoln LS:

I just had these replaced on my 04 Tbird. What are the chances they will go bad again? And yes, it was VERY expensive (luckily I had an extended warranty that covered it - but it DIDN'T cover the damage to the spark plugs).

Jherman59 said:
I just had these replaced on my 04 Tbird. What are the chances they will go bad again? And yes, it was VERY expensive (luckily I had an extended warranty that covered it - but it DIDN'T cover the damage to the spark plugs).
Click to expand...

Ordered 1 set yesterday.
Got email it would be delivered tomorrow!
sorry I got last one, but I am sure they will have more soon.

Since I have had my 2005 Anniversary T-Bird, I have to replace 2 and at that price, I know have spares.
Unfortunately, I paid dearly for the replacement.

Is there a post on how to do this replacement?

Purchased a set, thanks!
Does anyone know if the service bulletin did indeed cover cars up to 100k miles or did it expire 10 years after the car model year, I.e, 2004 t-bird, cops service bulletin expired 2014?
Thanks everyone!
-shirley

palmspringshirl said:
Purchased a set, thanks!
Does anyone know if the service bulletin did indeed cover cars up to 100k miles or did it expire 10 years after the car model year, I.e, 2004 t-bird, cops service bulletin expired 2014?
Thanks everyone!
-shirley
Click to expand...

It expired after 10 years which means nobody is eligible now.

I am a newby TBird owner and new to this forum. I see that it is very informative.

I purchased a set and installed them. The bird flies again. Great product.

In stock got a set just to have , still $35.99
In one more month my 2003 will look just like my 1957 will post picture when done.
I know the 2003 is a great looking car BUT the wife of now 50 years won't drive it, she is to use to APS breaks And Backup cameras and power tops. So this will be my Anniversary Gift to her. She will have the best of both worlds
3

302turbochargedengine said:
I want to purchase a set of 8 please advise.
Thanks.
Click to expand...

Found these directions online- Use at your own risk! Doesn't hurt to disconnect the battery before starting IMHO.

Step 1: Make sure you have all the right tools handy. A deep well 7 mm socket, a regular 7 mm socket, an extension, a 7 mm open/closed-end wrench, a screwdriver, and a small flashlight.
Step 2: Remove the engine cover. Unscrew the two black plastic slotted screws at the front of the cover and remove them. Pop the front of the cover up and gently push the rear of the cover upwards to remove it from the mounting stems.
Step 3: Identify the coil covers on the right and left sides of the engine. They are secured by six screws. We will work on the passenger's side first.
Step 4: Using a 7mm socket and driver break loose the four screws on the cover. (two at the front, two in the center).
Step 4a: Using a 7 mm spanner, break loose the two screws at the rear of the cover closest to the windshield. The upper one can probably be taken out with a regular socket but I used a spanner and once it was loose I turned it out by hand. The lower one is a pain, but it will come loose once you take a few turns on it with the spanner.
Step 5: Take out the six screws and put them in a safe place and gently remove the cover taking care not to scrape the gasket material.
Step 6: Unclip the connector to the coil pack by squeezing the right rear of the connector and pull it loose. Using your 7 mm socket, unscrew the bolt holding the coil pack in place. Then just pull the coil pack off of the spark plug and remove.... with the bolt unthreaded it will pull up very easily.
Step 7: Put some Dielectric grease around the plug cover of the new coil pack and pop it into place onto the spark plug. For the back ones (hardest to get to), it would be wise to put the 7 mm bolt in place on the new pack before putting the pack over the plug and then hand-thread to get it started.

Then just secure everything back in the reverse order that you took it all off. Make sure you re-connect the clips to the packs before you put the cover back in place. Read this post for some additional cover tightening tips for the aftermarket COPS that are slightly taller.

Cylinders are numbered starting at the passenger side front with number 1. They follow from front to back to number 4 and then start on the driver's side front at number 5 and then back to 8. 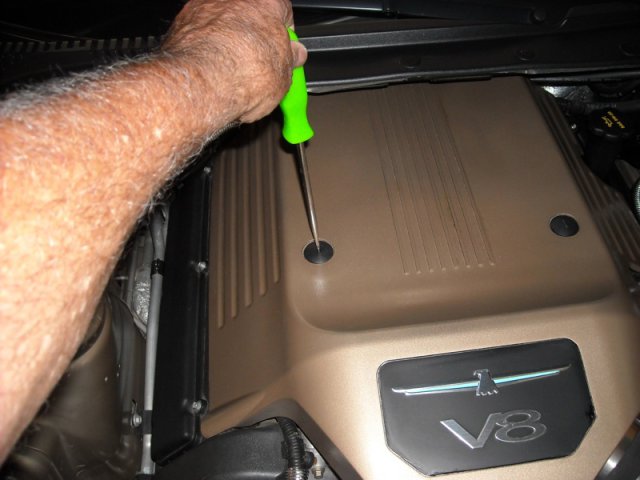 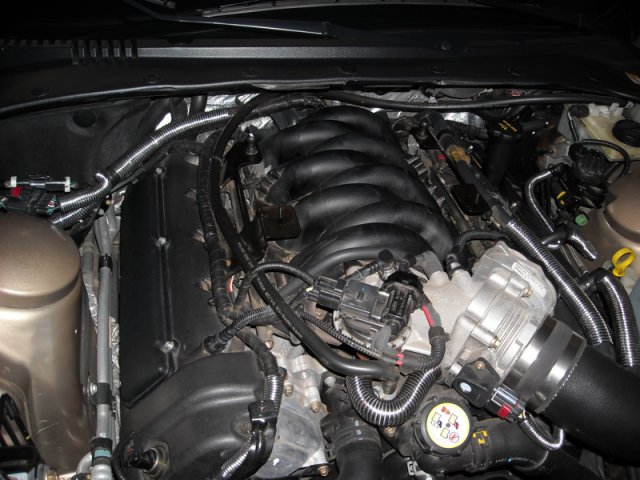 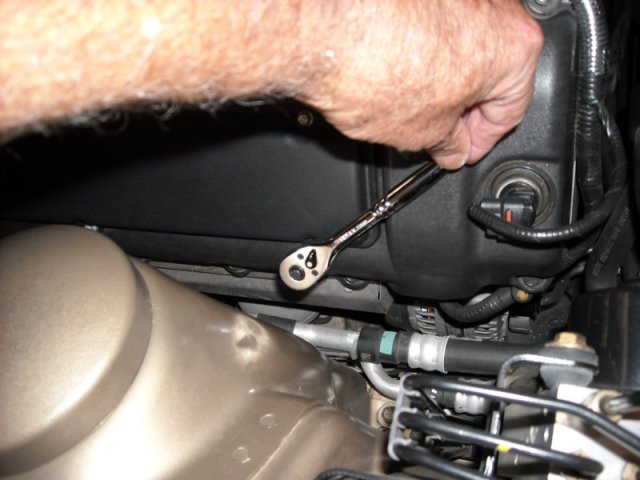 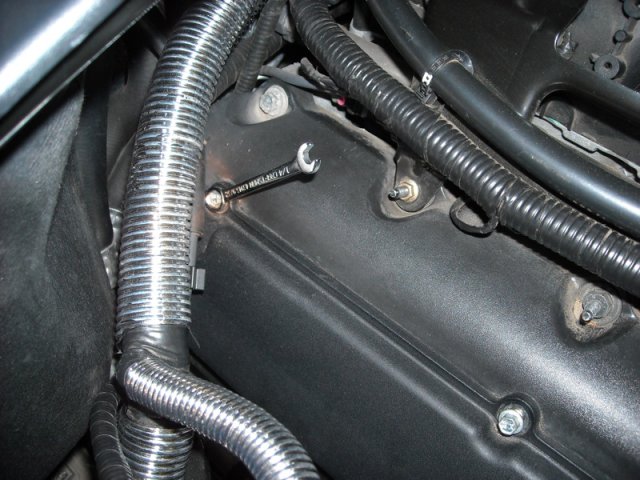 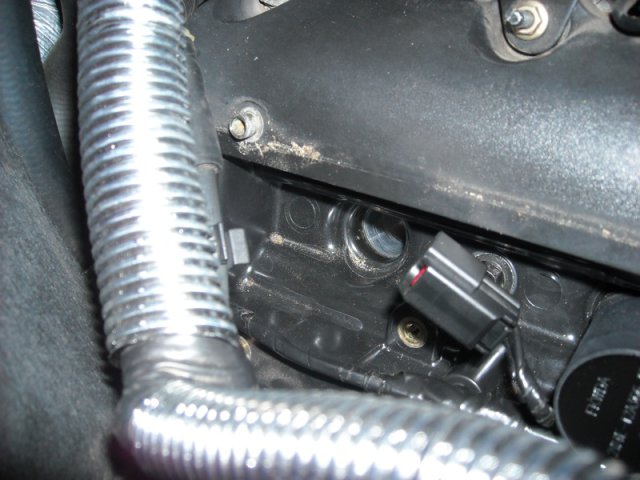 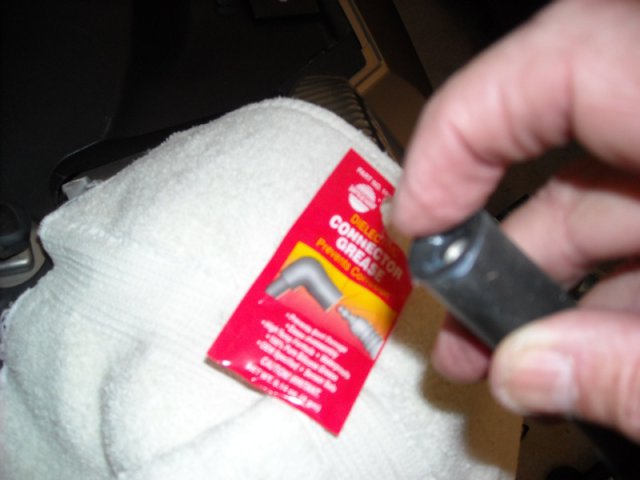 tbird said:
I am glad to hear that! Make sure you write a review on Amazon so other owners know the product is good!
Click to expand...

I purchased these tonight and reflect delivery in 2 days. They have several in stock but they no longer have an option to purchase the plugs any way other than packages of 6 at a time.

Steve 1949 said:
I purchased these tonight and reflect delivery in 2 days. They have several in stock but they no longer have an option to purchase the plugs any way other than packages of 6 at a time.
Click to expand...

I updated the link with the 4 packs- http://amzn.to/2DyRGnG

I will be ordering me a set of coils for sure. Mine has 76000 miles on it and it runs like new but buying it just a couple months ago I don't know if they have been changed or not, so I will have a set on hand when the time comes Thanks for this information. Now if I can get the convertible soft top pivot arm latch I will be in good shape. Mine is missing and can't lock the top. Good thing is,,I have the hard top too
Last edited by a moderator: Mar 6, 2020
P

I purchased a set of these when they were available about two years back, about a year ago we noticed our 2004 Pacific Coast Roadster have a hesitation while running, not smooth. took it down to our mechanic of many years and had him install eight of these coils and WOW, running like the CAT it should be. Just ordered another set as this was the second time in the 10 years of owning our Jag that we have had to address the COPs issue. I would for sure nab a set or two of these!
Last edited by a moderator: Mar 6, 2020